OK for those who clicked on the link looking for content here it is!

I genuinely don’t know where to start. Google Zeitgeist is simply the premier event on the Calendar bar none. It is a collection of amazing brains and characters (me excluded of course) and hugely influential businessmen, politicians and this year revolutionists!

We started with Politics and Niall Ferguson who painted very eloquently and fluently a view of the economic crisis we are in. He basically highlighted a few key issues about our current financial issues in the Eurozone. Click Here to watch

1. We have complete financial inter-dependencies but very few political

2. The politicians have chosen procrastination as a strategy

3. None of the major financial leaders have learnt from the crashes of the past

4. The Germans work the least of everyone in the Eurozone and are always on holiday

As an aside he was an amazing speaker and everyone in the crowd was raptured by what he had to say, but the end result of it was that we are in some trouble but at a point where we could move towards recovery but not without some decisive action and he fears that not enough of that is actually occurring.

George was both positive about what Greece held and yet concerned about the mis-management of the country. I believe that he was overly positive about the mindset of the population when it comes to work, claiming Greece is the hardest working country in the Eurozone – ummm not so sure. I have Cypriot inlaws and they dont describe a country being run with sweat, blood and tears!

Sir Martin Sorrell had us all reconsidering everything we had just heard by saying that everything in life was cyclical and that we should basically ‘get over it and move on!’ He explained that the world had changed and that growth was no longer from the usual suspects and we had to look to RApple Russia and China with the example that Apple was selling 20% of its products to China.

Dan Ariely talked about cheating and the complex inter relations between how we act and our moral code. They noted that people who had been asked to remember the ten commandments and then given a cheating experiment, almost no one did! Click here for the whole video however he explains that the world has a few big cheaters, many many little cheaters. He discovered that when people were given the opportunity to cheat for something one step removed from cash ie for a token you then change for a dollar, people were a lot more comfortable lying. He used the analogy of taking a pencil from work – you would take a pencil but would you take 50cents from the petty cash? Fascinating examples based around how we justify actions.

He was such a truly inspiring speaker – definitely watch the video on this one. The final suggestion is that we should confess regularly as it resets our moral compass! 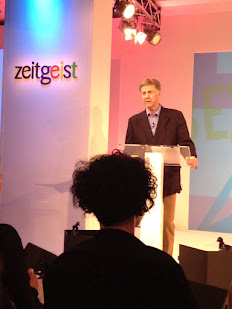 My favourite presentation of the whole event was Ranulph Fiennes, truly brilliant presentation that showed what a legend the man is, how he has overcome so many problems, health challenges and pushing his body to the extreme. Watch his video here, it is worth 20 minutes of your life. Click here to watch it. He showed incredible courage and tenacity and that age should not slow us down, he was about to head off on another expedition and deliver yet another record ( and beat the Norwegians!). The class line of the presentation was when he described them listening to the radio one minute a day and they heard that Britain had gone to war. When he asked his colleague with who – ‘Charlie replied – Oh I did not catch that – he goes on to say that in the following week when the radio refused to work they argued about who we could have gone to war with..’of course we assumed it was the French!’

This is what I love about Zeitgeist the variety of thoughts and personalities. Steve Redgrave and his achievements or the man who ran 350 miles in one go or 50 marathons across 50 states, these people simply inspire.

That evening we all mingled and discussed the days events. Music from Paloma Faith, Maria Aragon and Ed Sheeran created a spectacular show for us all that evening. 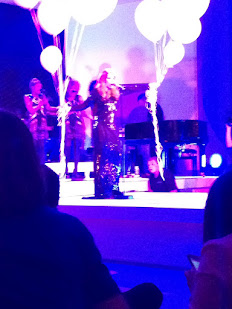 The night ended with a small group in a back room at The Grove. It reminded me of The Breakfast Club as it became a very open and revealing emotional roller coaster of a conversation, I think we all felt that it was a very particular evening and I felt like I got to know a few people that much better than usual. That said it kept us up until 4am which was not ideal although par for the course!

The second day started with a run along the canal, a beautiful and peaceful 30 minutes of sweating, dying and swearing not to drink again! The day contained some seriously interesting tech presentations, my favourite was from Boston technologies and their Big Dog. You want to see something pretty scary then watch this video. One of the lead scientists talked us through the work they are doing on robotic intelligence. Watch here.

The incredible power of robots was a theme that afternoon with the leap forwards in medical robotic surgery being highlighted alongside the above. It does leave you wondering where this all leads, the Google self drive car, robots etc show us a society that is moving towards a world of cyber beings and I believe sooner than anyone thinks. As if we did not need more evidence then Google demonstrated their new Google Glasses where basically a simple device worn like glasses becomes your entire technical needs for photos, email, maps, etc. Larry kindly presented those for us!

Take a look at this video here.

Larry talked about how he sees the world with Eric Schmidt and took questions from the audience. He is a hugely smart guy if not the all round entertainer when it comes to these stage events and so although very interesting I think we were really by now all waiting for the final act. Bill Clinton.

Bill came on and the first thing that struck me was how much older he was in the flesh or perhaps than I remember him, still tall and big but nt quite the force you might imagine. He started slowly, talking about his work and foundation in a very measured and thoughtful way but he started to wind up in the last ten minutes or so. You started to get glimpses of that steal and energy he was famous for and a passion that clearly is still there. It was an incredible stage, to have watched this man on television and then have him just a few feet away was a privilege and one only Google is able to deliver in this special annual event.

The whole event was as ever slick, well organised and inspiring. I thought this year it was more serious but it had depth and made you think hard about the world we live in, that is what made this one of the most interesting I have been to. The event is unsurpassed by anything else around and I am grateful to have been invited.