JAY SEARS: What do you read to keep up with politics, art and culture?

MARCO BERTOZZI: Almost all of my reading comes from a combination of Twitter and Sunday newspapers! What I follow on Twitter outside of the adtech and performance worlds represents my interests and is the fastest way for me to keep up. Sunday newspapers are my break from staring at screens and I take in some good old print for my news and views.

SEARS: What do you read to keep up with friends?

BERTOZZI: The most useful app to keep up with friends was Newsle, now owned by Linkedin. It sends you an email every time any of your friends are featured — especially useful for work friends. Outside of that Instagram and Facebook bring in baby pictures!

SEARS: What do you read to keep up with the advertising technology industry?

BERTOZZI: I read all the usual trade magazines, I watch TED talks on tech which is always fascinating, and of course Twitter again. You may be getting the idea by now that Twitter helps me navigate most things!

SEARS: What’s your favorite commercial of all time?

BERTOZZI: In past years I have said the Black Current Tango ad. But every time I see the ad from Nike with the park bench that has no seat, but on the back rest it says Just Do It I think, “Wow, that’s great!” 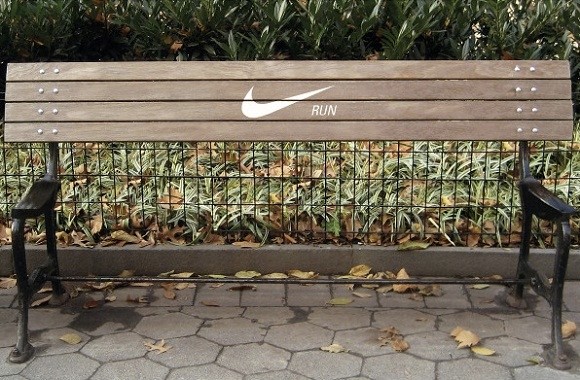 SEARS: With regards to advertising automation, what are the three biggest trends you expect to impact companies in 2016 and 2017?

SEARS: With regards to advertising automation, what are the three most overblown topics that you wish would just go away?

SEARS: Describe your company or division and then tell us the three most common issues with which you help clients with respect to advertising automation and programmatic trading.

BERTOZZI: Performics is a Publicis Media global agency brand while at the same time it is the performance arm of the other four networks, providing a best in class performance marketing offering to each of those agencies. We are focused on the relentless pursuit of results!

I believe that we are experiencing the same as many other companies, which is the issue of such a fast-paced market place as regards technology. We are simultaneously delivering best in class programmatic solutions while trying to make sure we keep up with the latest technology and building for a data-led future.

The three issues are:

SEARS: Tell us about your company or division.

SEARS: The majority of ad technology companies have struggled (relatively small, unprofitable or both). Of the poor performers, what are the commonalities between them that have contributed to this weakness?

BERTOZZI: The three biggest mistakes I see them make are that they are unable to differentiate from the competition and, connected to that, they don’t understand their competition. Without differentiation you have a spray and pray approach and hope something sticks, rather than knowing where to target. The second and related point is that they are not sure what they are; they come with a menu of options without going deep on any of them, almost hoping we will work it out for them. Finally I would say that not over-promising and making sure you deliver what you say you’re going to deliver is vital.

SEARS: A smaller handful of ad technology companies has achieved scale and performed better than the rest. What are the commonalities between them that have contributed to this relative strength?

BERTOZZI: The opposite of the above. One addition: people. People who are able to build strong relationships and develop trust very quickly will always win out in the end, when combined with the opposite of my list of mistakes.

SEARS: Do we live in a “tale of two cities” where Google and Facebook win almost everything, advertisers are dictated to and other media companies fight for the scraps?

BERTOZZI: To some extent that may be the case. I would say that some of the competition that publishers have always experienced is just consolidated, but it doesn’t mean it wasn’t there before. In that consolidation the question is whether or not that then makes life harder or not for publishers, or just easier for buyers. The market is evolving, however, and there is a lot of spend moving away from very poor, non-transparent ad networks where fraud and lack of transparency have been an issue. The time has never been better for publishers to stake their claim to provide quality inventory and encourage advertisers to invest in them.

SEARS: Please answer the following statements yes or no. 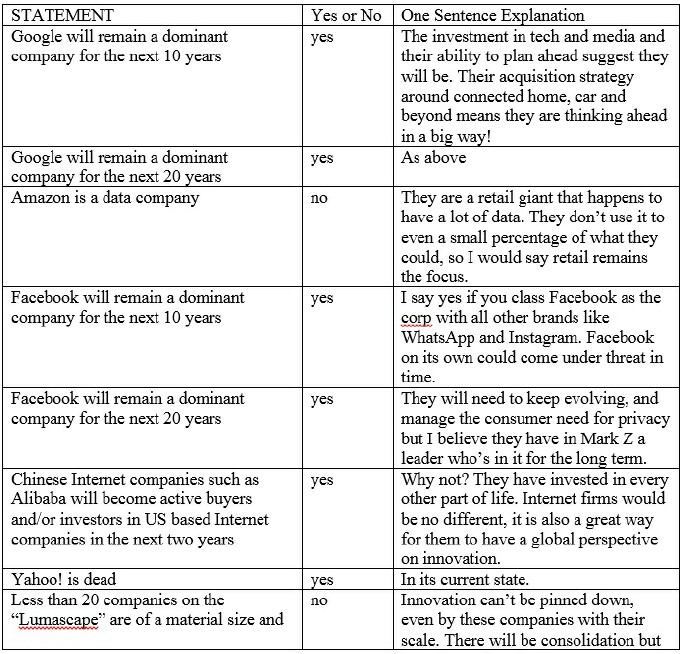 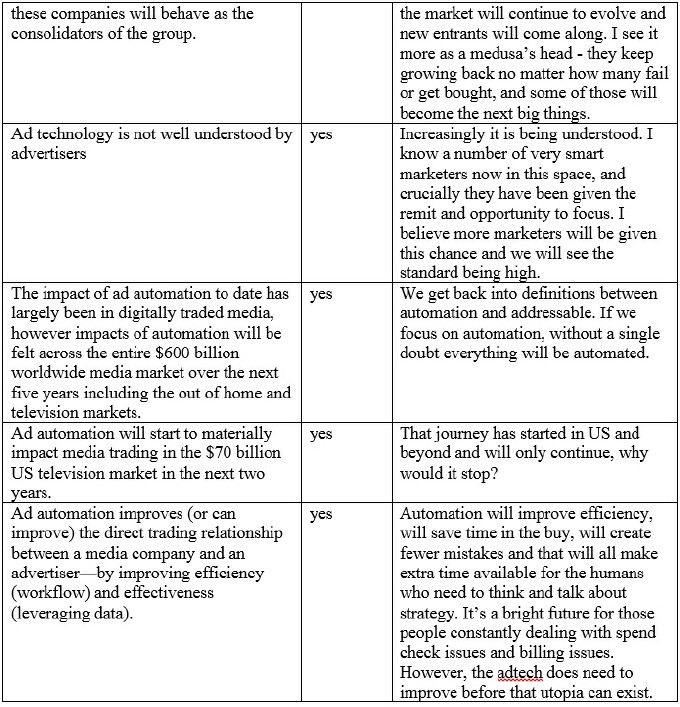 SEARS: If you owned a yacht, what would you name it?

BERTOZZI: Angelina! If I owned a yacht, it would likely be my second biggest pleasure in my life, so it makes sense to name it after my first.

SEARS: A young family member has come to you seeking career advice. They must choose one of the following careers: ad agency executive, ad tech executive, company marketing executive or ice cream shop owner on the French Riviera. Which career path do you recommend and why?

BERTOZZI: Company marketing. I say that because it’s the broadest and applies to all the others. If you become smart in marketing you can apply that to all the other jobs and improve them or grow them. Of course in the world of the chief marketing technologist I would encourage them to get smart on the tech side of the business while they’re at it!

SEARS: What is your favorite restaurant in the world?