Exciting news from the new consortium called Pangaea. It has been a long time coming and represents another big step forward for the programmatic industry. Another step towards the word ‘programmatic’ being a thing of the past as the whole industry normalises as regards the use of tech for the targeting and delivery of ads.

I am still having conversations with advertisers who ask if we are dealing in long tail, unsold inventory. Initiatives like Pangaea add further evidence that the concept of not being able to buy premium, or build brands through programmatically traded media is a thing of the past.

This list of publishers sounds like a starting point and I am sure it will grow. It is exactly the collaboration that all publishers should be looking at.

Important to note however that although many advertisers do not want the long tail and want to avoid fraud we are still faced with a side by side comparison on lowest CPM wins driven by auditors. Pangaea will undoubtedly be at the more expensive end of the pricing spectrum in exchanges. Advertisers can’t have it both ways. We now need to make sure they are not priced out of the market by all the things the advertisers fear most but end up accepting for the sake of lower pricing.

The other plus point for Pangaea is that the advent of technology and data management platforms has changed the dynamics for advertisers. They can now play a more central role by controlling their audiences at the centre and then execute either globally or allow local markets to plug in. Either way, having the ability to partner with a single alliance to work with allows them to act at scale in premium inventory and access strong data to enhance their own.

Being global is essential. It is vital that publishers adapt to a marketplace where advertisers are doing deals with the Facebooks, Googles etc globally as a starting point in their media planning. Scale is becoming paramount.

The alliance will also allay fears from advertisers around brand safety and fraud, a critical issue right now. This group of companies can offer advertisers a vehicle to avoid many of those issues. The combined investment in tech from Rubicon, the publishers themselves and the nature of the sites means this should be a staple part of any global advertisers plans and safe in the knowledge it will bring quality, brand safe inventory.

The two days ended with a great talk from one of the godfathers of digital – Scott Ferber. Founder of ad.com the worlds most successful ad net and now founder of Videology. The guy is both crazy and unbelievably bright, engaging and down to earth.

Two tough days of Audience On Demand and VivaKi bonding, I probably did not plan it brilliantly by accepting an invite from Google to take all 28 of us to the IAA Summer ball! There were some tired faces on day two but it was the right thing to do. The team had a great time.

We had people from UK, France, Italy, Dubai, Spain, Germany, Belgium, Netherlands, Sweden and Poland. Too many teams claim to have resource and capabilities in different markets but that means clicking the geo buttons on their DSPs. We have established teams now driving markets forward and it’s exciting to see in action.

There are an amazing amount of similarities between markets, there is a curve of adoption that I believe is reflected in most markets but only where companies are pushing the market. It looks very different if you are a follower. Our teams in Dubai for instance are not pushing they are creating it, I highlight it as the entrepreneurial spirit that makes the people in The Vivaki Nerve Center different.

The two days ended with a panel with Stewart Easterbrook, CEO SMG UK, Matt Roche of Weborama, Ryan Jamboretz of Videology, Jon Slade at the FT and Jason Bigler of Google painted a picture for the markets to take back of a world in which programmatic buying and RTB was going to be fundamental to all their businesses.

This Monday sees a new home for us all. We have enjoyed being part of the SMG team at Whitfield street but very excited about having our own office. It has been two years and 4 months of hard work that has taken us to this point and it feels like the time is right for expansion. I do need to get rid of the curtains though! 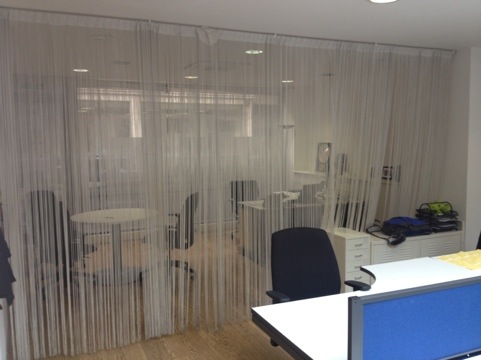 The market is still moving fast with acquisitions and evolutions and indeed people moves. Interesting to see Damian Blackden move to Adnologies this week, showing that data and exchanges are still pulling the talent to them and we continue to meet with a myriad of tech companies all trying to carve out their space.

It wont change the world but as an addition to my work blog / scrapbook it is always nice to be asked by the Financial Times for comment. First screen grab introduces the piece, the second fast forwards to my bit. The Link to the whole article is here.

Thanks to Tim Bradshaw for asking me to comment @tim